No Shit There We Were!

Yes, we are still in Big Bend National Forest and loving all the trails to hike; however, this trail was an unexpected stop with unexpected sightings.

We were on our way back from the Chisos mountain lodge, where we get our daily dose of free ice and water, on a late afternoon and I spied only one car at the lost mine trail pull off, so I convinced John to pull over, and just have a go at this moderate trail. Encouraging him that I had no expectations of making it to the top of the 5 mile trail but rather to just get out and see how the kids did on a real trail vs. the paved loop trails we had been doing.

After strapping two kids on John, Ciara in the backpack carrier and Freya in the MiaTie on front, and then Moby wrapping Joclyn on me, we were ready to head out - all this took about 15 minutes to finagle, and I honestly think John was ready to get back in the van at this point. But despite him having a double load, he humoured me, and off we went. 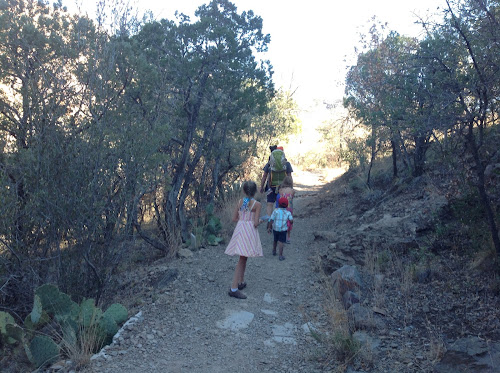 Hanna was carrying the self-guide trail booklet, and I was playing my typical teacher role, while John was playing scout. He would lead us around sharp corners with the tribe in tow, all in a single line, and me pulling up the rear. The kids would spot a numbered marker and I would read the guide, while John patiently stood to make sure there where no mountain lions or bears on the approach. 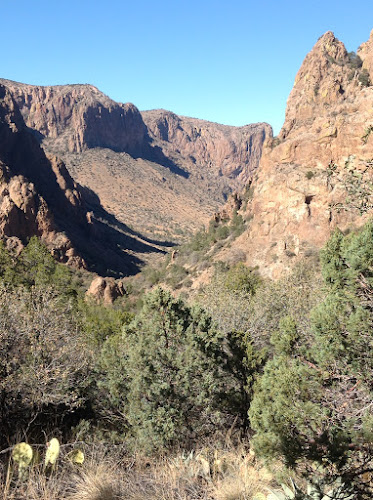 We had just come to marker number four, and I was talking about the CCC boys, and how they had built this trail, and the stone culvert we were approaching using only hand tools in the 1930's as part of Roosevelt's New Deal when John yells back, "Everyone quiet!" Like that is really going to happen with our tribe - 6 girls and 1 boy, and he can out talk some of the girls. But surprisingly it did stop them, and my heart rate quickened. It was only when I seen him take a seat on the culvert ledge that I knew we where in no immediate danger. He waved the kids quietly up, and around the corner, about 30 feet, was a six point buck, or as we like to call him, The STAG. 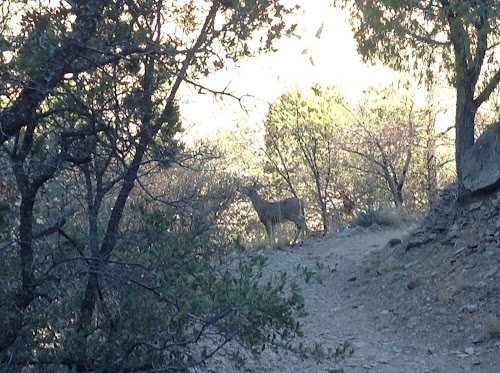 We sat for a bit watching him pay us no mind and eating the gramma grass and Emery Oak acorns from the trees. But it wasn't long before my patients wore out, and I was ready to see more of the trail, knowing that the kids, John, and the sun would expire at a time sooner than I would like. After much debate, it was agreed that I would cautiously walk forward, and John would bring up the rear with his warning whistle in hand. 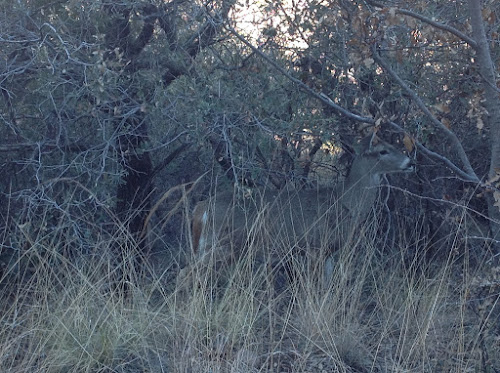 As we crept closer, the Stag just kept eating with one eye on us, and we could soon see that down the hill was a doe.

And then. . . No shit, there we were, a tribe of 9, less than 10 feet from this amazingly magnificent animal. I soon forgot to worry about the kids and started snapping as many pictures as I could, as John the protecter urged me to keep moving and not encourage an attack. After what seemed like forever, we all slid past him and were at a safe distance when John says, "Kids, you won't be seeing that in a typical classroom". 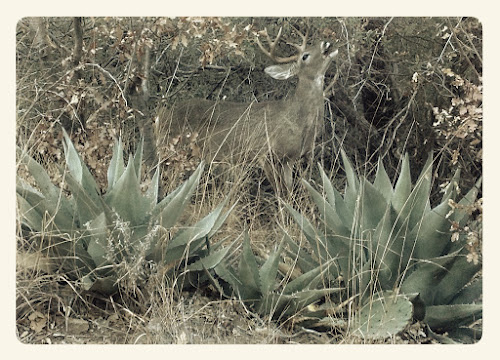 We continued to hike, with more courage than was probably wise, and new hopes of spotting one of the acclaimed mountain lions or bears that were so popular in the area. But after about 200 yards, the adrenal began to diminish, the kids started to expire, and the sun was heading below the ridge line. There wasn't much left to do but turn around and head back. 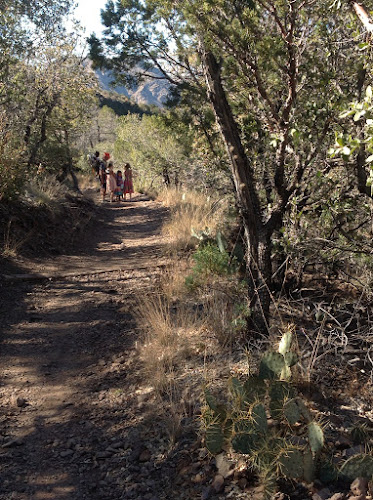 On the decent we talked about the alligator juniper, the graves oak, the agave plant, and the beautiful rock formations. We also decided that this was a pretty magical mountain with so many beautiful things on it, and the girls declared it to be enchanted. 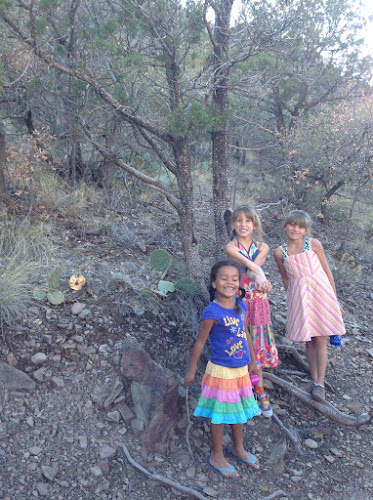 The big girls standing next to an alligator juniper, prickly pear cactus, and gramma grass.

We made it safely back to the van, unhooked the little ones, and decided that next year we would come back and ascend it to the very top.

As we pulled away the kids waved and said, "Goodbye Enchanted Lost Mine Trail".

(Please forgive the grammatical errors, I have not had time to edit these)

Posted with Blogsy
Posted by MamaT at 4:11 PM