Whenever there is a big change, an adjustment period is to be expected, and I knew we would hit it somewhere around 1 or 2 months based on the last trip we made. But even when you know something is going to happen, and then it does, and it sucks, it really doesn't make it any easier to deal with while in the moment. 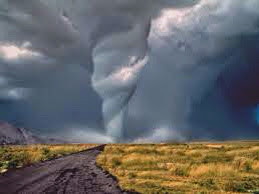 It all hit us one day in month 3, while I was trying to cook, the tv was blaring, the kids were tired and hungry, it was too rainy and cold for them to comfortably be outside and the tornado began, and once the tornado begins spinning, it seems to consume us for days. I think we loose our ability to think rationally. I start yelling, John start yelling, the kids start yelling, all of our feelings are hurt, and we put up these tough guy walls, thinking we won't get hurt anymore. We say things we don't mean, we draw lines in the sand - knowing they will get crossed over, we stop following through with conequenses, and all hell breaks loose. IT GETS UGLY!!!!

And then it happens, someone can no longer sustain the enourmous amount of energy it takes to be angry. Physically, emotionally, and mentally exhasted someone drops out of the tornado. Then another one, and another one, dropping in a heap feeling bruised and battered and unloved. Someone reaches out and loves them, holds them even in the chaos, and then another one chooses the calm rather than the chaos, and pretty soon the tornado has lost power. It is the calm after the storm.

Thanks to years of therepy, the tornado is not nearly as powerful as it use to be, so it is over quicker and the damage is not as brutal. The clean-up becomes easier, because we are a team, and we have the tools to mend things quicker.

There are several specific things that work for us. The number one things is that we know matter what, we are all in it together, we love each other, and nothing is going to break that bond. We all took vows (John and I when we married, and the kids when we adopted them) to be in this family and those vows will not be broken. So, when there is no way out, then we HAVE to face what is going on, and how we can honor each persons feelings. Also knowing "this too shall pass" helps get out of the distructive rotation a little easier because we can see the light at the end. Usually there is a quiet walk by myself, or for John a game of disk golf, or taking the kids someplace where they have no restrictions - an empty playground works wonders. Just stepping outside the turbulance to breathe.

Then we regroup by having a family team meeting. Where everyone gets to speak, and we all listen, and try to resolve some of the issues. At this last team meeting, John and I asked the kids to think about how daddy and I could have some alone time, without leaving them alone. We gave them a day to think through some ideas, and they came up with some really creative ones, but one was creative and realist :) They gave daddy and I a night out. They stayed in the camper watching a movie, while John and I sat outside and had a "date". So even though John and I could hear the squabbling inside, it was the effort the kids were putting into it, with the older kids trying to keep the peace, that made the night grand. It is amazing what some snuggle time in a hammock and a glass of wine will do to a relationship.

We also started the bean count. We have two jars - one for poor choices, and one for good choices - and even John and I's choices are counted in the jar. What we realized very early on was that we all made a lot of good choices. So we celebrated the good choice, rather than dwelling on the poor choices at bed time. We all know we need to work on the poor choices, so I don't feel we neede to dwell on them. What is happening is that the poor choice jar is getting less and less filled each day, and as a result, we are able to treat each other with kindness more and more. I doubt we will ever have a day where there is nothing in the poor choice jar, and I am okay with that. 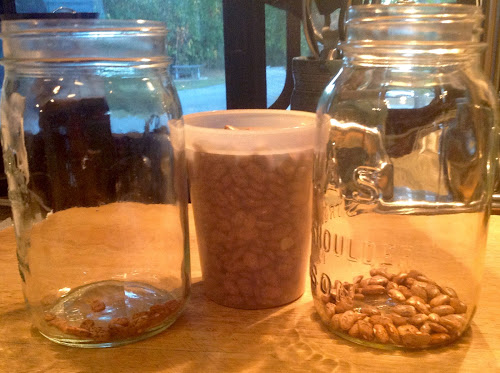 Another thing that came out of the team meeting was helper day. This is easy since we have 7 kids, and there are 7 days of the week. We have Freya Friday, Joclyn Saturday, Hanna Sunday, Maia Monday. . . . This is working GREAT!!!! It is solving the problem of who's turn it is to do what or sit where. The helper for the day helps the adult do chores, plan activities, and think about choices. I wish we would have started this years ago. Even Ciara has a helper day, and it warms my heart seeing her engage with the family like this. 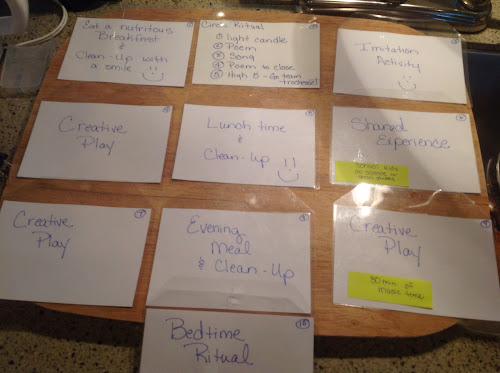 One more shift was going back and doing some things I knew worked. One of them is our schedule cards. Even though we all know when we are suppose to be doing what, just having the cards visiable helps. The kids need a routine, and ours is a rather loose routine but it is still a routine. 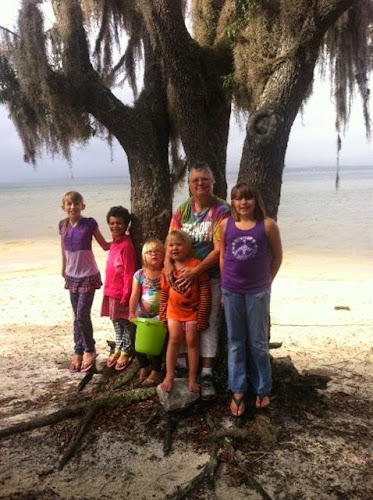 And finally, Grandma flew out to see us, and there is nobody better to put things in perspective than my mom and a LOT OF LOVE! Most grandma's have a way with the world, and my mom is no exception. She knows just the right amount of love, discipline, and light heartedness that we need. Plus John and I got a REAL date DAY.

So. . . the tornado has blown through and we are now on the mend, and because of teamwork and commitment and love, we are stronger now than we were before.

Posted with Blogsy
Posted by MamaT at 5:00 PM 1 comment: