A Walk in the Desert 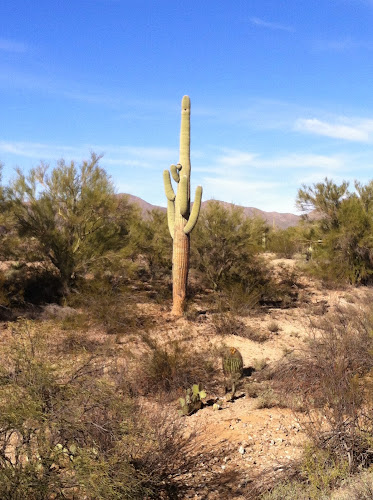 There is nothing more appealing to me than a walk with no destination nor agenda. We see what we see, and don't worry about getting to point B - the journey is in arriving. 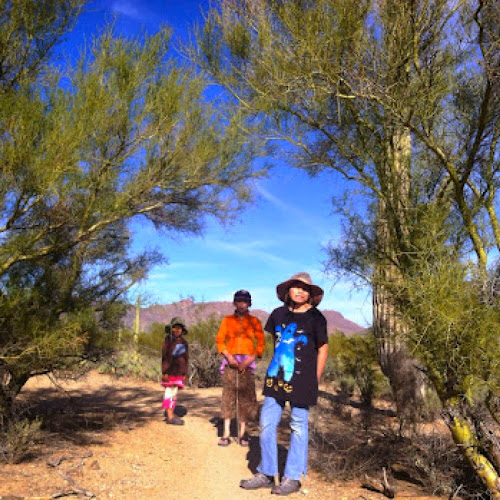 I try hard to have the kids be quiet and take in the little things around them; although, for some it is just a cross crountry race, which I guess is good too. 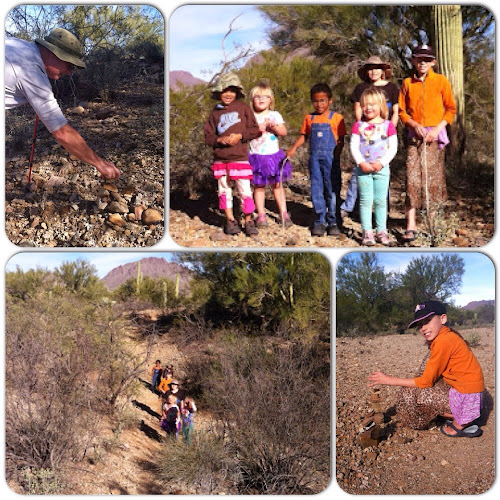 Today we went for a walk into the desert behind the RV park my parents, grandparents, and aunt stay at - Desert Trails RV park. I love this place, and would stay there too but it is "mature" campground only, so on this particular day, we left Ciara with grandpa watching some Disney Jr. cartoon, and took a nice long walk. 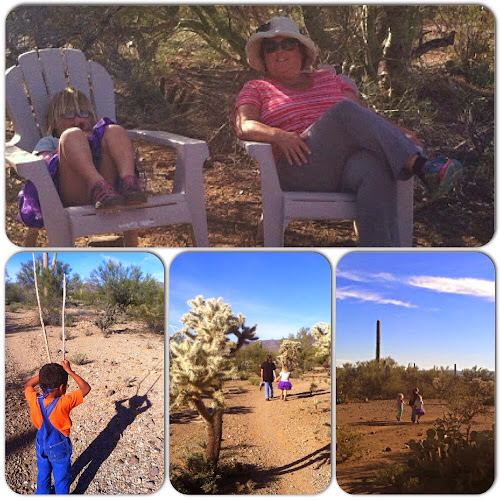 We took the shorter loop, which was only a little over a mile long but for some of the kids it seemed like foreeeeeeeevvvvvvvvver. 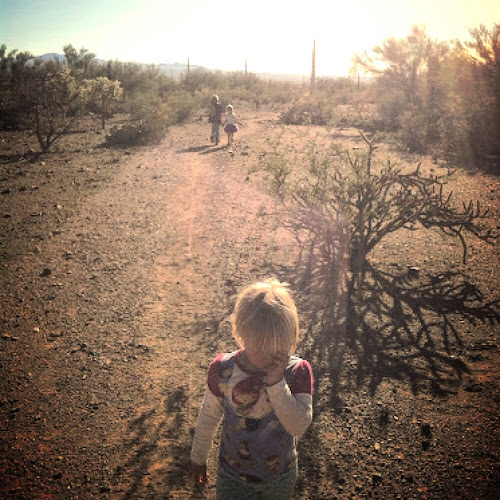 Even though it was not a race, these two Saguaro Cactus marked our end. The Finish Line 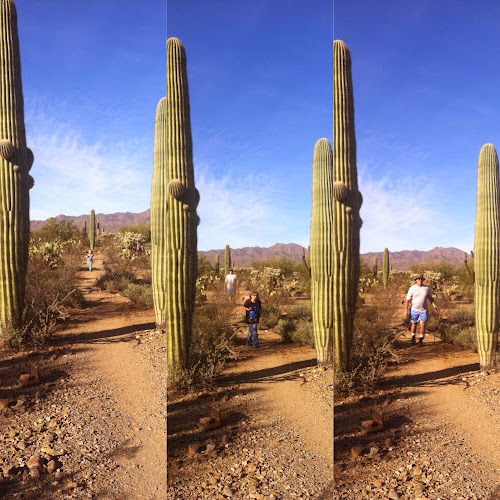 These are the days we will remember!

Posted with Blogsy
Posted by Unknown at 10:11 PM No comments:

As we packed up in the morning, heading out of Balmorhea State Park, we had two option for the night. We could stop in Deming at Rock Hound State Park (a 3 hour drive), or we could push through to Tucson (6 hour drive), which was our end destination. Six hours didn't sound that bad, and it was a cold rainy day, so what else was there to do. We decided to wing it, and make up our minds when we got closer to Deming. 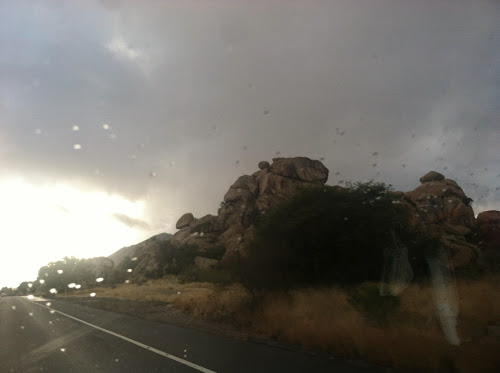 We waved goodbye to Balmorhea around 9:30 a.m., and made good time to El Paso. The kids in my car had eated their snacks for the day in the first hour of the trip, and there is nothing like hungry, road riden kids. Somewhere between El Paso and Deming, I gave into the relentleess whining, and said we could stop at the Burger King, since we had stopped there before and I knew where it was. Meanwhile John decided things were going reletively well (especially since he was in the other vehical with kids who spaced out their snacks), and we would push on through to Tucson. With that, we decided we would split and join back up at the rest stop about 15 miles to the west of Deming. When I pulled into the Burger King, it was obvious the store was closed for remodleing - my heart sank! I hoped that if I didn't say anything, and quickly turned around I might be able to play it off. No such luck, as I turned around the kids instantly broke into a crying chorus about what a horrible mom I was, which I was kinda believing at this point. There was nothing I could do but push on, and catch up with John - empty handed - and hope there was another fast food place between here and there.

At 4 pm, in Wilcox, I pulled into the Burger King, and John refueled at the Flying J. That 2 hours between Wilcox and Deming was a real stretch for all of us. I pulled out every postive/motivational parenting trick I knew, and NONE of it seemed to matter. I officially got the bad mommy of the year award.

As we pulled out of Wilcox, I called Davis-Monthan to make sure they had some openings. I kinda figured the way our day had been going it was a 50/50 chance. Luckily they had several, and we would be pulling in about the time they closed and the very nice man at the desk gave me the late arrive the directions just in case, which ended up being useful since they closed at 5 pm and we pulled up at 5:20 pm. As we pushed through the Benson pass, things started turning up. The kids had full tummies, John and I were refueled, some of the kids were sleeping, the rain was letting up, and we could see the pot of gold at the end of the rainbow.

Posted with Blogsy
Posted by Unknown at 9:18 PM No comments: